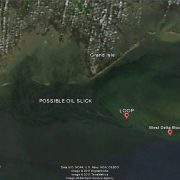 [UPDATE 11:15am ET – according to an email sent to us, a pilot flying over LOOP yesterday observed an oil slick there. UPDATE 11:50am ET – a 2 mile long slick was reported to the NRC Saturday morning at the LOOP facility]

Whoa, hold the horses. Maybe Anglo-Suisse did happen to have a small spill over the weekend. But we just looked at this NASA/MODIS satellite image taken yesterday afternoon, from the Terra satellite. It shows what appears to be an extensive oil slick emanating from very near the location of the Lousiana Offshore Oil Port (LOOP). We have no confirmation of any problem at or near LOOP at this time (10:30am ET): 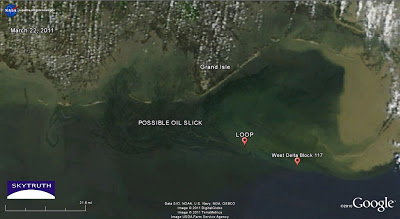 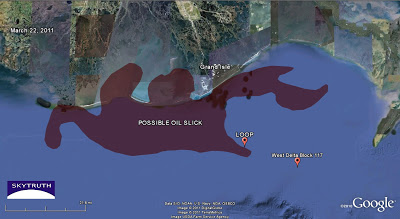 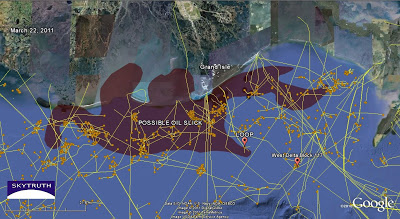 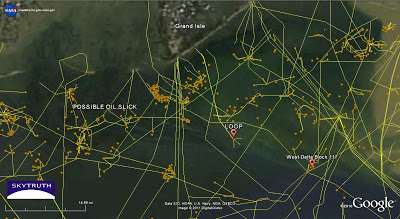