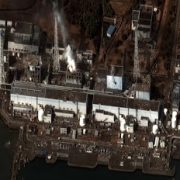 Yesterday we posted on the deepening crisis at the blast-damaged Fukushima Daiichi power plant in Japan; our first version of that post compared a March 16 high-resolution satellite image of the plant with what we thought was a March 12 image of the same plant. A couple of alert readers pointed out that the March 12 image actually showed a sister nuke plant nearby, the Fukushima Daini plant, so we removed that image from the blog (you can see it here).

Today, we’ll take a look at before-and-after images of the struggling Daiichi plant made using imagery from DigitalGlobe and Google Earth: 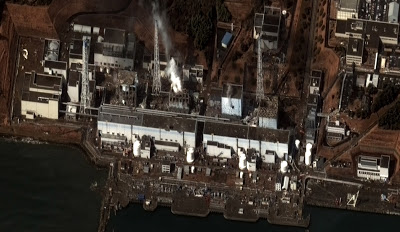 Fukushima Daiichi, high-resolution satellite image taken March 16, 2011 (from DigitalGlobe). Obvious damage to the outer containment buildings from hydrogen explosions at reactor units 1, 3 and 4. Unit 2 appears relatively intact but unseen damage inside the unit from a March 14 explosion is posing a serious threat 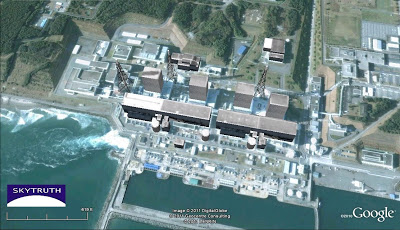 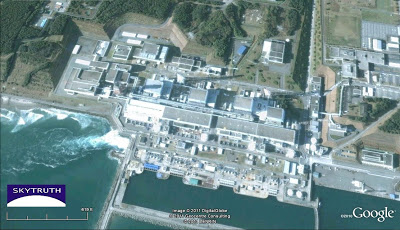 Check out Videos of SkyTruth’s Presentation at American University.
Scroll to top
SkyTruth and/or its third party tools use cookies to monitor traffic in the aggregate on our websites and applications and to improve user experience. If you continue browsing, we'll assume you agree to the use of cookies. You can change your cookie settings at any time in your browser settings. Find out more in our privacy policy.