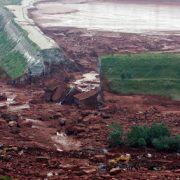 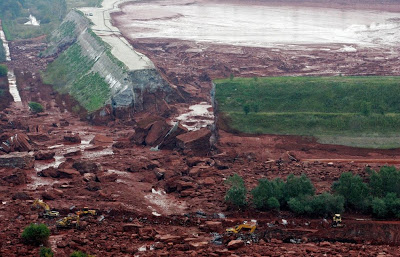 A massive spill of 184 million gallons of red, caustic, toxic sludge occurred on October 4 when a waste impoundment failed at an alumina processing facility near the city of Ajka in Hungary. Nine people have died, dozens were injured, and many were displaced when the red tide swept through several towns. On October 7 the spill reportedly reached the Danube River. 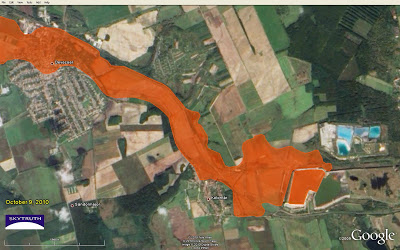 We’ve created a small gallery of images showing the area before, and after, the spill occurred. We used 2004 imagery in Google Earth for the “before” shot; and NASA provided us with an ALI image from the EO-1 satellite, taken on October 9, for the “after” image. We analyzed that image and delineated areas directly impacted by the spill in orange (roughly the same color as the actual sludge…). Visit the SkyTruth gallery.

Thanks to Jesse Allen and the NASA EO-1 team for providing the October 9 image. You can get it here.