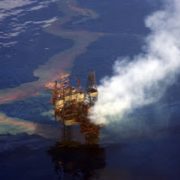 Looks like the ongoing oil spill gushing into the Timor Sea off northwest Australia may be worse than initially reported (see a slideshow of aerial photos and watch a video). 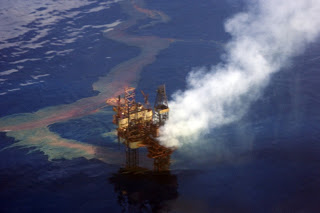 Oil slick from blowout during drilling off Australia.

One observer this weekend estimated that oil slicks and sheen from the blowout in the Montara field extend across 180 km of ocean and are within 20 km of the Australian coast, in an area that The Wilderness Society calls a marine life “superhighway” for migrating whales, turtles and other animals. 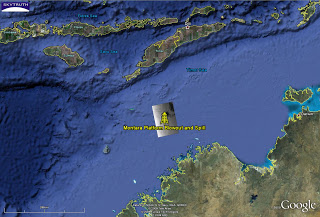 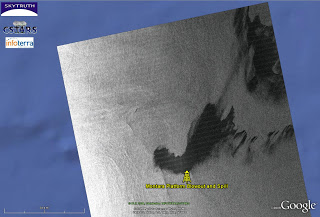 And NASA has just published yet another satellite image, taken on the same day, that shows an even larger area of slicks extending far to the east of the area shown on this radar image, across a total area of over 1800 square miles. It’s clear that the impacted area is much larger than reported last week: 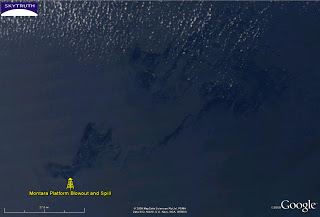 It will take at least several weeks before another drilling rig can get into the area to drill a relief well and control the spill. It’s worth pointing out to folks here in the US, who are considering opening new areas of our coastlines off Florida, Alaska, the Carolinas and Virginia to offshore oil and gas production, that this blowout occurred during drilling operations on a brand-new (installed in 2008) state-of-the-art platform. While these incidents have become less common, they still do happen.

UPDATE 9/3/09: We’ve created a new online photo gallery with aerial photos, satellite images, and maps of this spill. Images will be added over coming days/weeks, so keep checking in.

UPDATE 10/5/09: The company operating the West Atlas drill rig, Seadrill of Norway, has stated that the leak occurred from a previously completed well on the Montara oil platform while the West Atlas was drilling a new well on that platform. The Montara platform was built in 2008, and was installed in mid-2009 by Perth, Australia-based engineering company Clough after the original contractor, Saipem, bailed out to do a job elsewhere.

Timor Sea Drilling Spill – More Images Online
Scroll to top
SkyTruth and/or its third party tools use cookies to monitor traffic in the aggregate on our websites and applications and to improve user experience. If you continue browsing, we'll assume you agree to the use of cookies. You can change your cookie settings at any time in your browser settings. Find out more in our privacy policy.