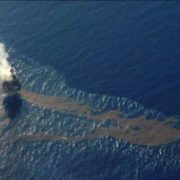 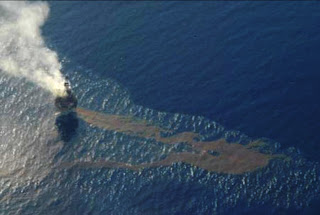 Should we pursue offshore drilling in new areas like the Florida coast? It’s a balancing act all right – good jobs and a partial reduction in our dependence on foreign oil (dang those Canadians!) vs. the potential damage to beaches, water and air quality, and tourism- or fishing-based economies.

A few things to consider as Chambers of Commerce and politicians up and down both coasts ponder this issue: 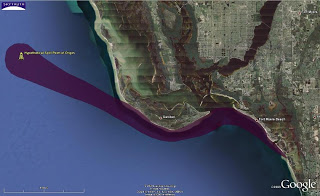 Visuals help shed some light on the risks. Based on the Eugene Island Pipeline spill and resulting oil slick, we’ve created illustrations showing two hypothetical oil spills: one occurring from a point ten miles off the coast of Florida, and another occurring from the vicinity of Platform Irene off the coast of California (where a similar pipeline spill — the Torch spill — actually happened in 1997, oiling the beaches and killing over 700 birds). These are just illustrations that don’t take into account local wind and current, but they do accurately represent the actual size of the Eugene Island slick.